Need parts to solve your Chevy Uplander problems? Scroll to the bottom of the article and click your vehicle's year, model, and make. You can also click here to access the form faster without scrolling.

The Chevy Uplander is one of the last minivans that GM produced. 2008 was the year where it was determined that they were going to stop marketing and producing mini-vans. A major problem for you because you own a Chevy Uplander and you might have found that parts are getting harder and harder to find. You might have been able to fix some things but each new Chevy Uplander problem Is a source of stress because you never know when you are not going to be able to get the part that you need.

You may have thought about or even started to use the aftermarket parts companies in order to maintain your vehicle. Hopefully, you have had good results but it is possible that someone out there has had extremely bad results. Buying and using aftermarket parts can be a bit of a gamble if you do not do your homework before buying the part from the company. It is not so bad if you know what you are getting into before you buy the part or if you know that the company is reputable. The problem is that you will not know anything until you get the part and then use the part in your vehicle. It could be a very expensive way to figure out who has good parts and who has bad parts especially if the parts end up damaging your vehicle. It is a situation that occurs more often than you would think it would.

Part of keeping your Chevy Uplander from continuing to get problems is choosing the right parts that are going to work the first time you put them in instead of worry about if the parts will damage your minivan. You do not need anymore Chevy Uplander problems than you might already have at this time. A good part will fix the problem and not add to the problems. Your best bet is to use OEM parts because they are the same parts you would receive if you bought the vehicle new off the line today. You may think, but I bought van and it had problems with the parts from the manufacturer. However, if they have had a recall or a problem with the parts then they know they have to change it and they will change it. Aftermarket parts may take longer to change because they are not as big of a company and it is harder for them to collect the parts. The likelihood of receiving a part with problems is greater with aftermarket parts than OEM parts just because of the sheer size of the businesses in question and what is at stake if the company could not keep up with the problems. 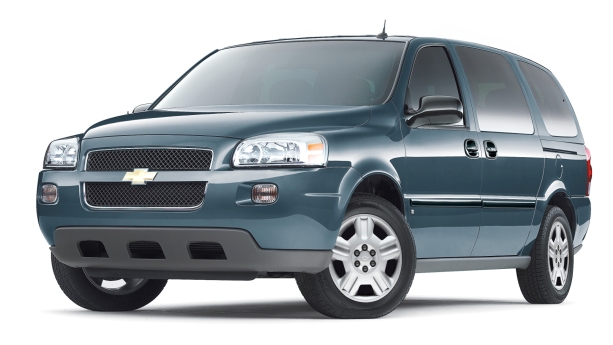