Officially there is no "Corvette Punisher decal", however, there is a decal that looks very similar to the Punisher logo and that logo is the Jake Corvette Racing logo. They both look very similar in many ways but you can see the differences when they are placed next to each other. 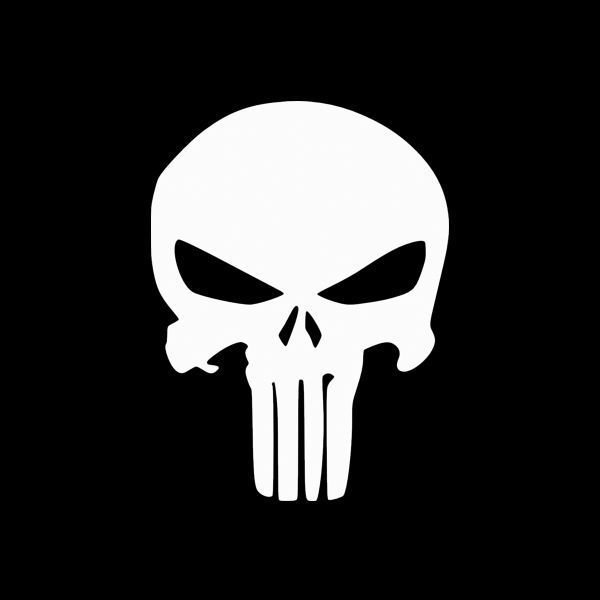 Get your Jake Racing decal or product by checking out the products by clicking here.

Both logos do end in a very similar way at the bottom, or, at least, half of the Jake Corvette logo does.

You could make the argument that both the Punisher and the Jake logo have pointy noses. The Punisher's skull has a nose that looks like it points upwards while the Jake logo appears to be pointing down.

Both of these logos are making good use of negative space as contrast It helps the logo stand out from the background. it is a notable and iconic logo.

There are differences between the two, as you can see, but it is understandable if someone saw the Jake logo and mistook it as a redesign of the Punisher logo. There are some fine details that give away that this is not related to the comic book character including the eyes of the skull which come together to make a Corvette logo.

The skull also happens to look more like a helmet which probably denotes the ties to racing.

The two logos have a lot in common but there are differences. One could be forgiven for mistaking one for the other. The success of the Marvel franchise on the big screen and on smaller screens also makes it a decent argument for either side as to which brand is actually bigger at the moment. You also have to take into account that the Punisher symbol is very popular with the armed forces. Either way, both logos are iconic and are very similar.