The hood of the car is a place that does not get much thought of very often. It does face all the same problems as any forward facing material, part, or accessory. It sees the rain, snow, dirt, rocks, and heat just the same as any other car part. it stands to reason that the hood should also get some protection because it can be just as dirty as any other part. It also has the same likelihood of getting scratched as any other part. It might even have a higher likelihood because of the way that the surface fo the hood is horizontal to the ground instead of perpendicular to the ground which means that rocks and other debris have a much easier time skipping across the vehicle.

A hood protector can, potentially, catch some of these rocks and debris as they come off the street and head towards your car. It is true that the hood protect might get scratched itself, but it is easier and cheaper to replace a hood protector than the hood of the car. You may also save yourself money because you will need less touch-up paint over the lifespan of your car. Every little bit of protection you can get for your car adds up over time which will give you fewer headaches and will let you spend your money on other things other than touch up paint for your car. 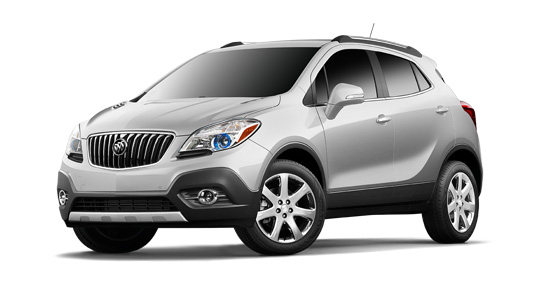 You also enhance the look of your car which helps it stand out amongst the other cars that might be around it. Most of the time the people who are getting hood protectors are truck people and people with SUVs or some kind of outdoors based person. The truth is that everyone could use a Lunk Smoke Black Molded Hood protector for the Buick Encore 2015. They do many useful things and one of those is making your car look better, of course. One fo the best ways to look better is to have something that most people do not have. We are subconsciously programmed want to have what we do not have. If you are the Buick Encore 2015 owner with a hood protector then you probably attract the eyeballs of other people who also own the same car but do not have the same accessory as you.

A Lund smoke black molded hood protector for your Buick Encore 2015 not only protects the hood from damage and enhances the look of the car. It also can help some of the car sprays away from your view that would normally make it just that much harder to drive. It might be a negligible amount, however, if given a choice. Most people would rather have as much coverage as possible without affecting their view. If that extra coverage helps keep you out of a wreck that you would have normally been subject to in the first place then the coverage was well worth it because you got to walk away from a possibly dangerous moment in your life.