The truth is that it was or is difficult to weigh things in the past. Weighing what you are going to haul is a major component in the safety matrix of towing. Everything is built around certain weight restrictions and having too much or too little weight can be dangerous not only for you and your passengers but people who are around you at the time as well. Towing things takes a delicate balance of math, weight distribution, and equipment to manage the physics. However, most people avoid finding out if they are going to be safe just because the difficulty of weighing their cargo is high.

Weigh Safe Hitches Make It So Easy Homer Simpson Could Do it?

The fact is that you have to make weighing the cargo so simple that even Homer Simpson could do it. We all know that he operated a towing truck at one time. However, that was set up for him to succeed. Most hitches are not set up with a guy like Homer in mind. If there is a way to do the least amount work possible to do something then Homer will find a way to do that activity in that way. The answer to the problem is to make it part of something they have to do in order to do what they want to do. Weigh Safe hitches do just that for you and guys like Homer. Weighing cargo is as simple as loading up your cargo into your trailer. The built-in scale does the rest of the work for you. If Homer wants to go somewhere and has to load his stuff into the trailer then the hitch is going to do the work for him and all he has to do is to follow what the specially made built-in scale tells him to do. Of course, we are talking about Homer Simpson here and he will find a way to mess it up somehow just because that is the nature of his character, however, the fact remains that the action of weighing his cargo is dead simple. It only takes him a few seconds to check if he's overloaded or underloaded his trailer. 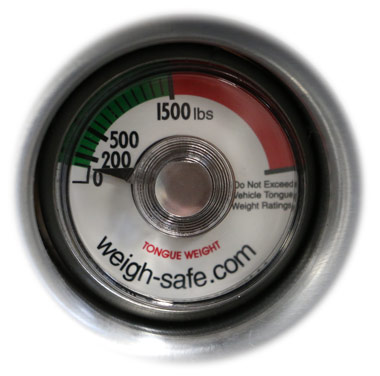 Doh?! Why Did We Not Think Of These Hitches Earlier?

If you want to help your loved ones or yourself have a much easier time finding out if your cargo is underweight or overweight then get a Weigh Safe hitch and know for sure. It is so easy that Homer Simpson could do it. All you have to do is load your cargo as you usually would and take glances at the scale to make sure that you are not overweight or underweight. You should also take into account the weight of driver and passengers as well to make sure that you really do not go over. If you can do that then you have a much safer trip than if you never had the Weigh Safe hitch.

Not what you are looking for right now? You can use the form below to find parts and accessories for any GM made vehicle. Enter your make, model, and year and the system will do the rest.