Why get regular parts when you can get parts that will impress? People are focused on getting parts and they do not focus on getting a part that will serve a function and give them form as well. Two tone parts are a good example of this phenomenon. If you are looking to get something replaced then you are not usually thinking about how it looks. If people are looking for things that make their car look better then they do not think about what kind of functionality it will have in the first place. 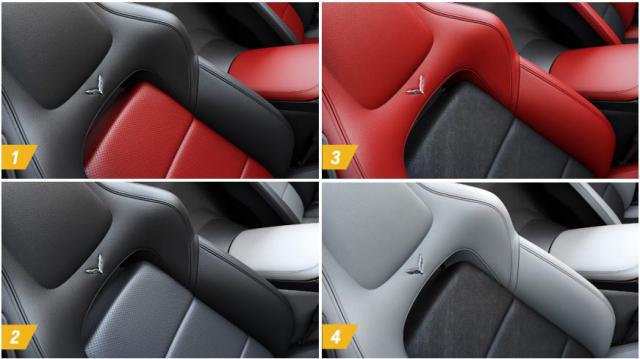 Most other Corvette parts are solid colors. It is true that minimalism can be refined and elegant, but if everyone has minimized colors then the effect of those colors is going to marginalized by the number of people who have it. If you want to stand out then you have to do things that are against the grain. You have to be the one apple in the sea of oranges. Two tone parts can do that for you. It does not have to be in an in your face style either. You can have it be subtle similar to the Jake hood logo decal. A muted color style such as the black and white in that design can be very eye catching because like most things it is the suggestion of the logo that makes people want to look closer and see what is really there.

The question you have to ask yourself after you make the decision to get a two tone part whether or not you need OEM or aftermarket parts. If you are looking two tone parts then you probably have a pretty good idea of what OEM vs aftermarket parts means. However, in case you do not know we will tell you the difference in the next few paragraphs to make sure that you have the information you need to make an educated decision.

OEM two tone parts are parts that the vehicle maker supplies or the company who supplied the parts necessary to make your car in the first place. Either way, you getting parts that were built for your car specifically. They were commissioned or developed by the vehicle maker and they are the same parts that you would have received if you bought the car with the pieces installed from the moment you bought the car. OEM parts fit the first time and they give you the quality you would expect from OEM. You do not have to worry about voiding your warranty in most cases, there are a few where it could but you should always ask first anyway,and you get a car that looks better and will turn heads.

Aftermarket parts are companies who do not have a relationship with the vehicle maker. They do not have to follow the standardization that the OEM parts dealers have to do before they can ship you your two tone parts. It means that you could receive a part that is better than an OEM part or it could be worse than an OEM part. The determining factor in this situation is the reputation of the aftermarket company and what type of company they want to be. It is true that there are a few companies out there to make a quick buck and give you parts that may not be the best or stand up the rigors of time specifically.

Want to get your own two-tone parts for your Corvette? Just  click here and select the parts you want.