The z06 wicker bill has an interesting history that dates all the way back to racing days.The wicker bill is also known as the Gurney flap.  Dan Gurney is the first person to use it for cars and his driver, Bobby Unser, realized how much it improved his ability to drive competitively and sought to hide the modification from people which included his brother. Eventually, Dan Gurney let the cat of the bag and people now can get their own "wicker bill" for their cars whether or not the race competitively. 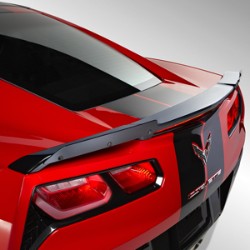 Interestingly enough the original models had problems because the wicked bill was forcing too much downforce that the driver was unable to compensate without modifying the amount of downforce in the front so that faster lap times could be achieved.  Some of the histories of the wicker bill seem to indicate that the invention stayed quiet for a year or a few years before Dan Gurney told an aerodynamicist about what he had created. It must have been a big advantage for awhile. It sounds like it was an unfair advantage but there are no reports of anyone being upset that they had developed this thing and used it in competition for what we found. 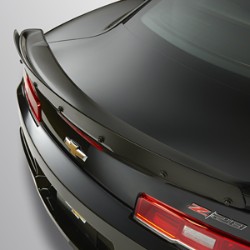 What will a z06 wicker bill do for you?

The science for the wicker bill still works. If you want to get faster then you get a z06 wicker bill, however, there are not many of us who actually race cars nowadays. It is a certain type of spoiler that includes a "flap". The flap is the "Gurney flap" or the wicker bill. It points up to increase down force which should increase the traction of the car and allow you to make turns at higher speeds. But, let us be honest, if you are not racing then this probably does not have a lot to do with real life application outside of looking pretty. You could still, theoretically, take turns faster than other people but you will not find many occasions to do so. What you will do is impress people who understand aerodynamics or are true Corvette enthusiasts. The normal populace will still like it but they will not necessarily understand that it is supposed to do. In fact, they might even believe that it makes your car slower because of the way the flap points up.

If you have a Corvette then you know that your car is in the business of impressing people. The buy into the game is getting the car. The next game up is playing the "who has a more impressive Corvette". The one who has the best potential for speed in a flat out race is usually the most impressive then it is the person who has the nicest looking car. Obviously, you want to be able to compete in both areas and this item will help you do just that in no time flat.

Want your own z06 wicker bill for your Corvette? Click the link and find the right one for you today.