A Youtube famous Corvette was crashed into a tree. The car is famous for being on the channel, "Vehicle Virgins". However, the Youtuber from the channel was not the driver and actually is not the owner of the vehicle either. He says he does know the owner and/or the driver but he would not reveal any more information for privacy reasons. 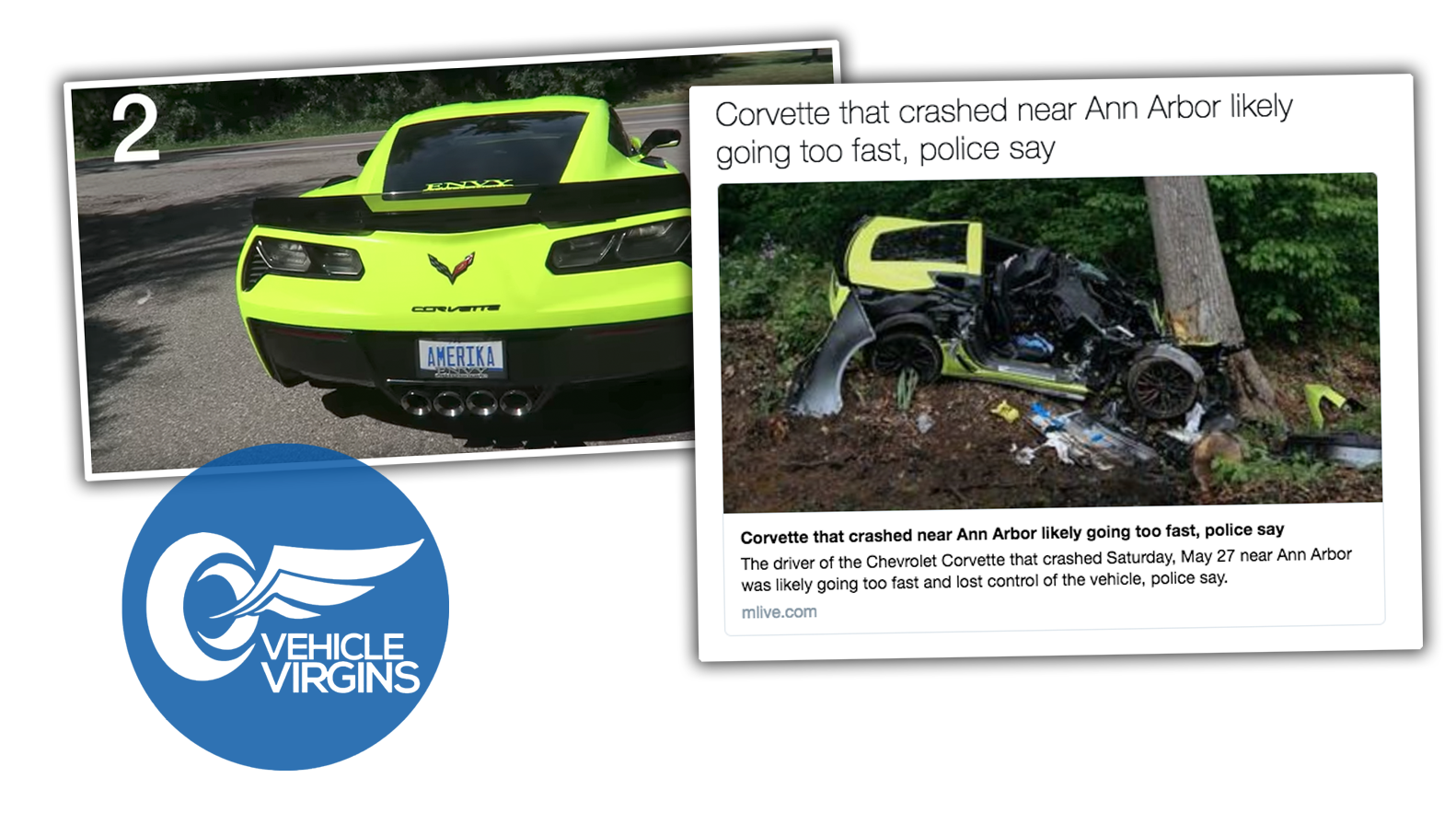 Quote: "Though no names are given, we can confirm the Corvette is the same one featured in Vehicle Virgins videos, because you can see the license plate of the wrecked car, AMERIKA, matches the one from the videos." (Torchinsky, 2017)